Congress leader Rahul Gandhi has hit out at the Centre over the rising fuel prices, which were hiked for the ninth straight day on Monday.

“Middle class, poor pay for gifts crony capitalists get,” he wrote on Twitter.

Middle class and the poor pay for the gifts the crony capitalists get. #शर्म_करो_लुटेरी_सरकार 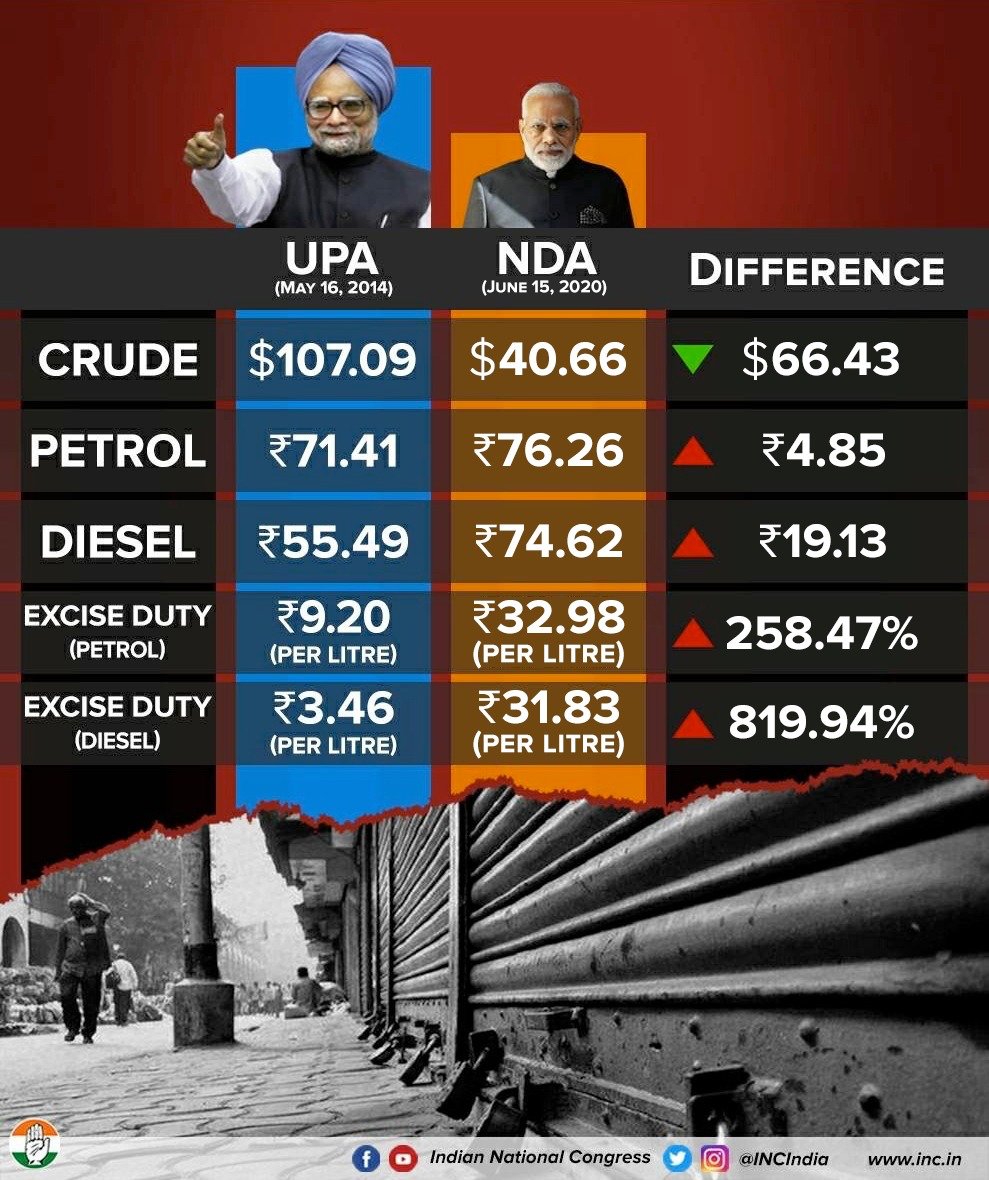 14.7K people are talking about this

Rates have been increased across the country and vary from state to state depending on the incidence of local sales tax or VAT.

In the tweet, Rahul Gandhi also used a graph to show that fuel prices were low in May 2014 when the Congress-led UPA was in power despite high crude cost globally, but the NDA government raised the excise duty on petrol by 258.47 per cent and on diesel by 819.94 per cent as on June 15, 2020.

Earlier on Sunday, the Congress leader posted another tweet as he continued his attack on the Modi government, this time over the government’s handling of the Covid-19 crisis. He used the famous scientist Albert Einstein’s quote to criticise the nationwide lockdown due to Covid-19 pandemic.

“This lock down proves that: “The only thing more dangerous than ignorance is arrogance.” Albert Einstein,” Gandhi said on Twitter.